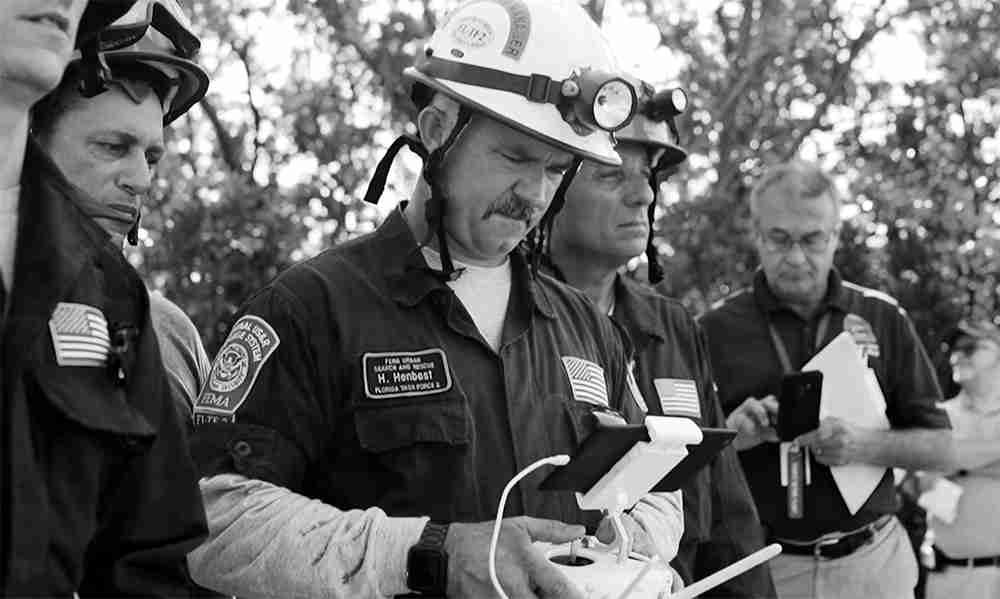 “Delivering multiple live aerial data feeds to command and control elements was our primary objective,” said Nathaniel Clutch, Director of Training for Airborne Response. “We identified several potential systems for testing, and proved our capability to send real-time video streams from each asset to the incident command.”

Clutch says Airborne Response deployed their Tethered Aerostat System (TAS)™ to provide uninterrupted aerial overwatch for the duration of the exercise, while UAS were launched with assorted payload sensors to capture various focal length views and perspectives of each training evolution.

“We increase our knowledge base by capturing key learning outcomes and garnering new experience each time we deploy,” says Clutch. “Exercise Lightning Shield provided us with additional insight as to which systems we need to have available when we deploy UAS and TAS during a complex emergency or disaster response.”

“Operating drones is typically the easiest part of the mission,” according to Ty Rozier, Field Operations Manager for Airborne Response. “The real challenges emerge with communications and logistics. Getting the right resources to the right location at the right time during a large response effort can be like conducting an orchestra with musicians who have never played with one another.”

Both Rozier and Clutch agree that training exercises like Lightning Shield help Airborne Response better prepare for real-world disaster deployments. It also allows the company to test new equipment and software to make determinations on what gear should be used for specific types of incidents.

During the exercise Airborne Response also tested a new version of a hardened American-made UAS with specialized flight control and stability software designed to fly in non-GPS environments. The system has been used in underground mine shafts and by SWAT teams for dynamic entry breeching.

“The system proved extremely valuable for simulating search and rescue operations under the race track grandstands, as well as conducting aerial sweeps for possible secondary devices up in the rafters,” said Rozier, who declined to name the company citing a confidentially agreement.

But at the end of the day it really comes down to the team — not the equipment, according to Clutch.

“We have an incredible team that has both trained together and also responded to real-world disasters together,” says Clutch. “That is what differentiates Airborne Response from other solution providers.”